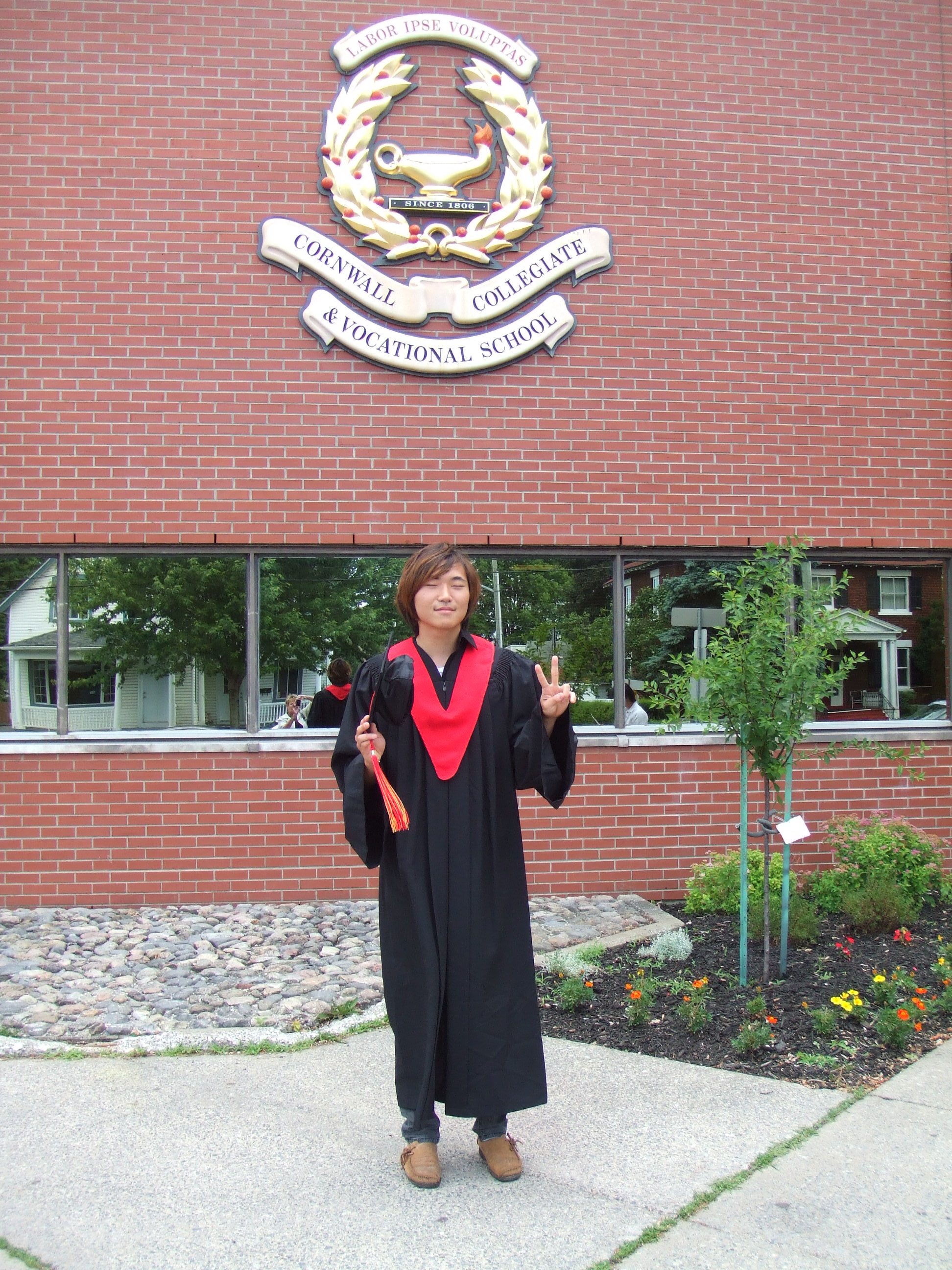 Ray is a recent graduate (2012) of the UCDSB International Education Program. Originally from Korea, Ray is currently studying Computer Science at San Francisco University in California, USA. Ray finds his University program both interesting and challenging.

Ray comes back to Upper Canada often to visit with the friends that he made while he was studying and to visit his homestay mother, Brenda Manning, who he accredits for teaching him to cook, clean and to manage his time, a skill that he has found very useful since living on his own at University.

Ray reflected on his time in the UCDSB International Education program and said that it took him about 5-6 months to adjust to his new life in Canada. “It was a really good spot here actually. It was nice that my homestay was really close to the school because I made some really good friends and they helped me a lot. My friends helped me with my English and taught me about Canadian culture.”

Ray is a huge soccer fan and played on the soccer team at Cornwall Collegiate Vocational School throughout his studies. Ray said that getting involved in sports helped to make things easier for him.

We asked Ray how he thought that the experience of studying abroad in Canada had changed him.

“I smile a lot more. There is too much to explain – there are so many things – my family and friends in Korea say that I smile a lot more than I used to and that my skin looks a lot better than it did before.”

Ray also said that he was hoping to bring some gravy back to San Francisco with him in his suitcase to put on his favourite Canadian food, poutine.

We wish Ray the best of luck in the new semester and thank him for taking the time to catch up with us!